Mental Illness Is No Respecter of Bureaucracy This article of mine first appeared on Huffington Post UK on November 29, 2016 as part of the series Building Modern Men designed to highlight issues of mental illness and suicides affecting men in the UK.

You may say I am a forerunner of a modern man. I always felt uncomfortable with some of the things I was supposed to be and some ‘manly” attributes I was expected to adopt. I was brought up and worked in two macho environments namely Liverpool and the police force. My formative years were in the 1960s and 1970s.

Mental health was never discussed. Depression was a stigma. If it was discovered you suffered from depression, it was likely to be the end of a career in many walks of life. My own mental health issues came to a head in 1980. I resigned from the police as a Detective Sergeant while off sick and diagnosed with clinical depression.

That black dog was brought on by my undercover experiences on Operation Julie between 1976 and 1978. It still remains one of the UK’s largest drug busts and a point of reference for modern British undercover policing. My undercover role infiltrating two large drug cartels turned me into my alter ego, Steve Jackson, a hard-drinking, drug-using hippie-like character who became involved in drug deals. In truth, it was a man I liked. It was far removed from the “real me.” The ‘Steve Jackson’ I grew to like is pictured below. 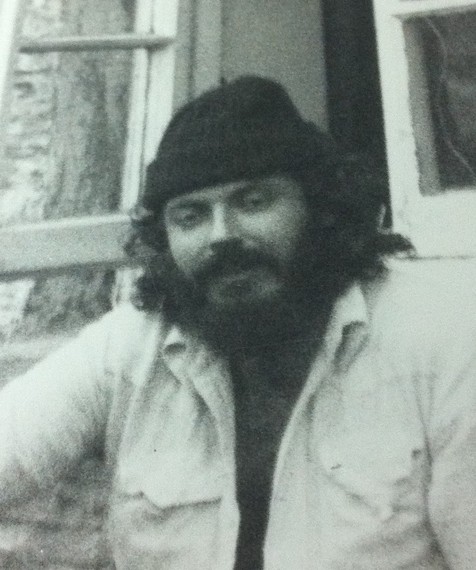 Yet, as my two characters crossed paths it became more difficult to discern which was the “real me” or indeed what or who was the “real me.” The real mental crisis started at the end of my undercover days. I simply found it impossible to cope with “normal” police work even though I was still a detective. There was no counselling, no de-briefing, no welfare system in place. Or, if there was, it was never offered to me. You see, therein lies one of the private jokes that depression plays with your mind. You know you are depressed but not permitted to tell anyone. That was the case then and I believe things have changed for the better.

So, I left the police a broken man. The only tell-tale sign that I had depression was a doctor’s note to cover my long absence from the front line. I wallowed in despair at home. No one knew how sick I really had become. I refused to attend appointments with a psychiatrist in fear of stigma. You know, “Don’t employ him, he’s unstable,” or even worse – “he’s a nutter.” I was neither unstable or a nutter. I needed help and didn’t receive any.

I have written about many of these things in my recent memoir. Since the publication of my book, I have discovered that I probably wasn’t suffering from depression at all. It is more likely I was suffering from Dissociative Identity Disorder. Modern man is more understanding of mental health problems now. Society still has a way to go but tolerates and makes allowances for mental health issues. Compare and contrast my treatment by the establishment back in 1980 to the way undercover officers suffering from mental breakdown are treated now. Many of them are retired on a medical pension and often receive a large settlement from the police service in order to avoid litigation. I did not experience either of those benefits.

At the time of my breakdown it would have been a suicide note for future employment to take a medical retirement owing to mental ill health. It was a huge stigma. The stigma still stuck though even without a medical ill-health retirement package. Within one year of resigning from the police I was offered a job with the Hong Kong Police Anti-Corruption Unit. They had sent me details of my accommodation address in the former colony and the name of the school for the children. The offer was withdrawn one month before leaving the UK. Why? No official explanation, but I was told unofficially I had been “blackballed” because of my depression.

My mental health issues have stayed with me for most of my adult life. The fog comes and goes like a damp cold night on the Mersey. Most of the time I live in a world full of bright sunlight but then along comes the fog to spoil the view. The fog is usually precipitated by one of life’s “hard knocks,” a bereavement, loss of work or the end of a relationship. Suicide has been contemplated as recently as 2015. I had suffered the end of two relationships in double quick succession. Plus, I had no roof of my own over my head.

I presented as homeless at a town hall on the south coast of England. I had been staying as a temporary guest at the home of a family member but it had been made brutally clear to me that I had overstayed my welcome. I got as far as an interview at the town hall. It lasted all of three minutes or so. I explained my circumstances and showed a letter to prove I was no longer able to stay at the temporary address. A stony-faced lady asked two questions:

“Have you been released from prison?”

“Were you a member of the Armed Forces?”

No was my answer to both questions and “No, we can’t help you” was the official policy. The interviewer mentioned a refuge for drug users. It was a 15-minute walk that seemed to take an hour. I suffered panic attack after panic attack throughout that walk.

I arrived at the refuge and pressed the doorbell. Eventually a lady came to the door to speak to me.

“You need to make an appointment,” she announced.

Bureaucracy! Bloody hell! Mental illness is no respecter of bureaucracy or the norms of society. It can lead to desperation and despair.

The Samaritans came to my rescue through email contact and not face to face. But they were there and listened.

For the first time in my life someone listened to my troubles. Modern man has no need to fear shame or stigma. My advice is to talk about your troubles and you will find a helpful ear.

Undercover: Operation Julie – The Inside Story by Stephen Bentley is available on Amazon. It is a frank account of pioneering deep undercover police work and the psychological impact of coping with becoming two personalities.

HuffPost UK is running a month-long focus around men to highlight the pressures they face around identity and to raise awareness of the epidemic of suicide. To address some of the issues at hand, Building Modern Menpresents a snapshot of life for men, the difficulty in expressing emotion, the challenges of speaking out, as well as kick starting conversations around male body image, LGBT identity, male friendship and mental health.

To blog for Building Modern Men, email ukblogteam@huffingtonpost.com. If you would like to read our features focused around men, click here